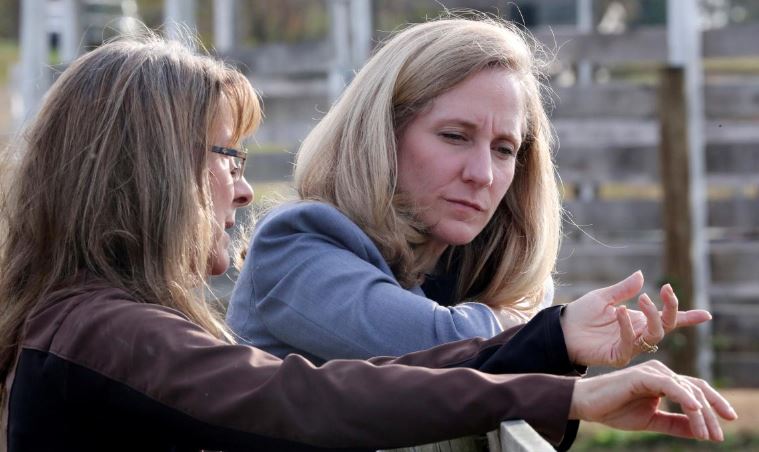 Virginia Democrat Abigail Spanberger had a potent defense against attacks by President Donald Trump and other Republicans casting her party as weak on national security: her career as a covert CIA counter-terrorism officer.

In November’s elections, she was one of five Democratic women with national security or military backgrounds who captured Republican-held U.S. House of Representatives seats. “The Badasses,” as the women have dubbed themselves, had no political experience. Yet several won districts Republicans dominated for decades.

For Democrats hoping to make additional inroads with Trump voters ahead of the 2020 U.S. elections, the women offer a roadmap for connecting with a wide spectrum of the electorate – from a Democratic base clamoring for change to conservatives drawn to their national security credentials.

The women who were successful this year will be important in the party’s efforts in 2020 to keep control of the House, as well as win back the Senate and White House by driving overall enthusiasm for the Democratic ticket, the sources said.

While there is a question mark about whether a woman with national security experience will end up on the presidential ticket, some see such a candidate as Democrats’ best hope to take on Trump.

“The top traits for Trump’s nightmare opponent would be a young, charismatic woman with a national security background,” said David Wasserman, a senior analyst at the nonpartisan Cook Political Report.

These candidates were the “secret sauce” for Democrats in Republican-leaning areas this year, said Celinda Lake, a Democratic pollster whose firm has worked with leading party groups like the Democratic National Committee.

Spanberger will be the first woman to represent her central Virginia district and the only Democrat since the 1970s.

Elissa Slotkin, a former CIA analyst, returned her Michigan district to Democratic control for the first time in nearly 20 years. Mikie Sherrill, a former Navy pilot and federal prosecutor, won a New Jersey district represented by Republicans since the mid-1980s.

Voters were less inclined to believe claims that the women would support policies like open borders or back calls from some liberals to abolish the Immigration and Customs Enforcement agency, Lake said.

Women were key to Democrats regaining control of the House during the midterm congressional elections.

There will be 102 women in the House next year, shattering previous records, and 89 of them are Democrats. Sherrill, Luria and Houlahan are the largest-ever influx of women veterans, according to the nonpartisan Veterans Campaign.

Sherrill set a fundraising record in her district, while Spanberger raised more than double her incumbent opponent. Outside spending in Slotkin’s race was among the highest in the country.

The “veterans and ex-CIA officers who stepped up to run for Congress built some of the strongest campaigns in the country,” said Tyler Law, spokesman for the DCCC, the arm of the Democratic Party dedicated to supporting House candidates.

Jon Soltz, co-founder of Vote Vets, which seeks to elect Democratic veterans, said the group will start raising money soon for several House districts it thinks are winnable in 2020 after narrow losses by veterans in 2018.

Candidates with a service background get an “instant stamp of credibility” with voters, said Jeremy Rosner, a former national security adviser to President Bill Clinton.

“I don’t know for sure if we’re going to have a female presidential candidate with a national security background, but I think there’s a very good chance we’ll see that at the Senate level,” said Rosner, whose Democratic strategy firm worked on Slotkin’s race this year. “There’s no reason that doesn’t have the same punch at a statewide race as it does in a House race.”

Jeremy Teigen, a Ramapo College of New Jersey political scientist, said this year’s winners were the ideal foil to Trump, a president who obtained multiple military draft deferrals during the Vietnam War, questioned the findings of U.S. intelligence agencies and made lewd comments about women.

“What’s the antidote to a guy who is a potential draft dodger and misogynist? How about a female who volunteered for military service,” said Teigen, who in May 2016 was one of more than 100 Republicans from the national security community who signed a letter opposing Trump’s presidency.

But he cautioned that it may not be a “magic bullet” in 2020 because foreign policy rarely defines U.S. elections.

The slate of women with national security credentials who just got elected said they are focused on their new roles.

After navigating the U.S. Capitol and posing for selfies together during Congress’ new-member orientation, they plan to concentrate on issues that are “not necessarily all defense-minded,” Houlahan said in an interview.

“They’re the issues we ran on – making sure there is quality, accessible healthcare, jobs, frankly, campaign finance reform,” she said.

The women said they see governing through a different lens given their service backgrounds.

Sherrill pointed out that all of them have excelled in male-dominated fields and had to find ways to get along with, and sometimes lead, teams of individuals with whom they did not have much in common.

As a result, “I have very little patience for a Congress that can’t get along,” she said.

Slotkin said in 14 years in national security and three tours of Iraq with the U.S. military, “no one ever asked me if I was a Democrat or a Republican.” She said that type of “mission focus” will follow her to the House.

Spanberger said she saw little point in passing bills in the House that would only fail in the Republican-led Senate.

“I want to get stuff done,” she said.