Latest Articles
Home SPORTS She won a top sports award. And then she was asked to twerk on stage. 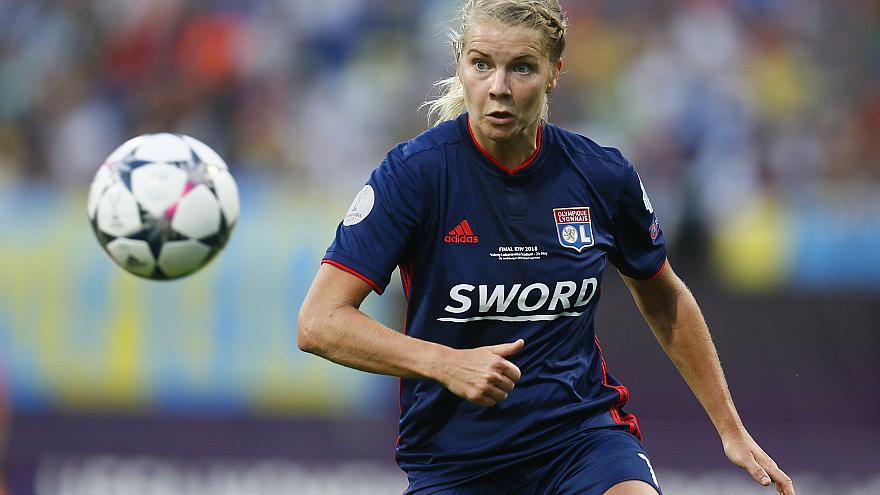 She won a top sports award. And then she was asked to twerk on stage.

A soccer star who was honored as the world’s best female player on Monday was asked to twerk on stage just moments later.

Ada Hegerberg, who plays for the Norwegian national team and French club Lyon, was awarded the inaugural Women’s Ballon d’Or at a ceremony in Paris.

The 23-year-old was presented the award by DJ Martin Solveig, who asked if she would twerk, referring to the sexually provocative dance move popularized by singer Miley Cyrus.

When Hegerberg turned to walk off the stage, Solveig instead asked her to dance to Frank Sinatra’s “Fly Me To The Moon.” The pair danced together for a few seconds.

The French DJ later apologized after being criticized by Twitter users.

“I’m a little amazed and astonished by what I’m reading on the internet. Of course I didn’t want to offend anyone,” he said in a video, adding that his English language skills could be partially to blame. “This was a joke, probably a bad one. And I want to apologize to the one I may have offended, sorry about that.”

Solveig also posted a photo of him shaking hands with Hegerberg after the ceremony.

He said that “she understood it was a joke.”

Hegerberg didn’t let the awkward moment tarnish her accomplishment, posting a photo of herself holding the award on Twitter accompanied by caption, “What a night.”

Speaking to reporters after the ceremony, she added: “He (Solveig) came to me after and was really sad that it went that way. I didn’t think about it at that moment. I didn’t consider it as sexual harassment or anything.”

British tennis star Andy Murray, who has previously spoken out about sexism in sports, voiced his support for Hegerberg.

“Why do woman [sic] still have to put up with that s—?” he posted on Instagram.

The two-time Wimbledon winner and Olympic double gold medalist added: “And to everyone who thinks people are overreacting and it was just a joke. It wasn’t. I’ve been involved in sport my whole life and the level of sexism is unreal.”

The prestigious Ballon d’Or award has existed since 1956 and traditionally was given to the best male player as voted by soccer journalists. It had not previously included a women’s football category.

Luka Modric, a midfielder who plays for Croatia and Real Madrid, was named the top male player of 2018, breaking Cristiano Ronaldo’s and Lionel Messi’s decade-long hold on the Ballon d’Or.

Earlier, Hegerberg spoke of her pride in winning the prize and said she hoped it would motivate female players.

“It is important to show young girls that they can believe in themselves and I hope they are inspired by this,” she said.