Latest Articles
Home POLITICS In the Age of Trump, Can Scandal Still Sink a Politician? 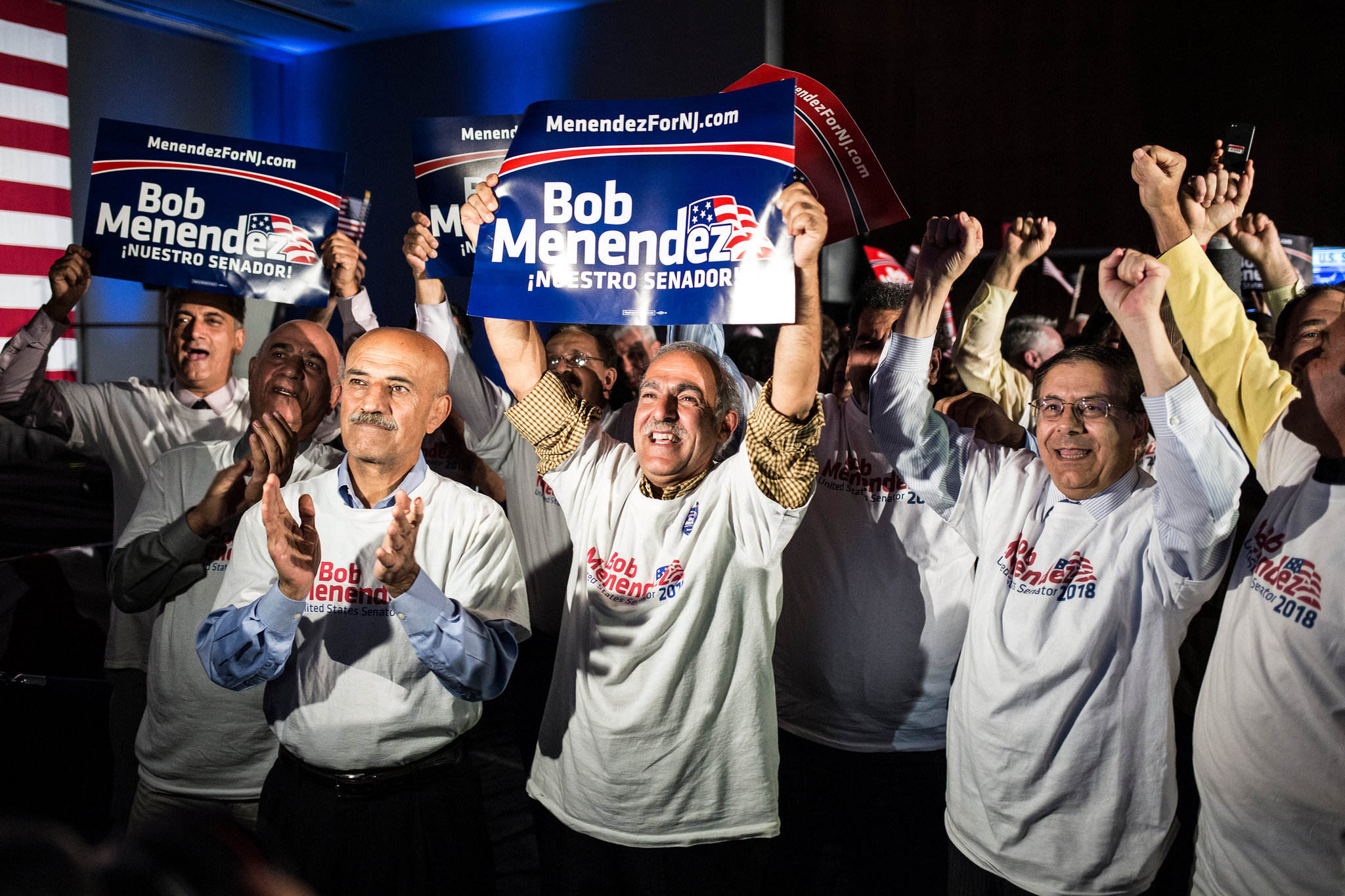 In the Age of Trump, Can Scandal Still Sink a Politician?

Representatives Duncan Hunter and Chris Collins campaigned this fall while out on bail for felony charges. Representative Greg Gianforte had been convicted of misdemeanor assault. Senator Bob Menendez’s trial on bribery and fraud charges had resulted in a hung jury.

How did voters respond? All four were re-elected last month, Mr. Menendez by 10 percentage points.

Senator Cindy Hyde-Smith of Mississippi wasn’t burdened with legal problems in her runoff election last week, but she did face an uproar after saying she would attend “a public hanging” if a key supporter asked her to — a controversial comment in a state that holds the historical record for the highest number of lynchings. Ms. Hyde-Smith won, too.

Now, as dozens of Democrats consider running for president, the recent success of candidates with varying degrees of baggage has revived interest in a question that has absorbed politicians and strategists since President Trump’s surprise victory two years ago: What, if anything, matters?

Could the plagiarism allegation that Joseph R. Biden Jr. faced in 1988 still be a problem? Mr. Biden dismissed complaints that he lifted passages for his speeches as “much ado about nothing,” but ended his presidential campaign six days later. What about “T-Bone,” a figure in Cory Booker’s stump speeches in 2007, who the senator from New Jersey was accused of making up? At the time Mr. Booker insisted T-Bone was “1,000 percent a real person,” but has never mentioned him again.

Or even the temporary restraining order issued last week against Michael Avenatti, the lawyer who was arrested on suspicion of domestic violence, and who has been talking himself up as a 2020 contender?

Strategists from both parties agree that once-controversial issues like divorce, sexuality, moderate drug use and the evergreen mistake of cursing on a hot mic are no longer fatal for political careers. Character issues still pose a threat, yet Mr. Trump faced an array of them — from honesty and extramarital behavior to alleged abuse of women — and he won the presidency.

“It used to be you couldn’t run if you had an affair. Well, that’s certainly not true anymore,” said former Representative Tom Davis, who took over their chairmanship of the National Republican Congressional Committee at the end of the Clinton administration. “The voters have made their decisions on those types of issues.”

While many American politicians have weathered controversy so long as their supporters stuck by them, candidates and strategists say Mr. Trump has offered a new playbook for moving past even the most serious charges, one successfully deployed by both Mr. Hunter and Mr. Collins during their midterm races: Never apologize, always play offense, attack the “fake news,” and, finally, distract from the issue by kick-starting a new controversy.

It’s a tactic that the president has used to combat a long list of problems, from the special counsel investigation to his personal finances.

“The rise of Donald Trump was a game changer. We are living in a stage of new normalcy,” said Mr. Avenatti, who rose to fame representing the pornographic actress Stephanie Clifford, better known as Stormy Daniels, who said she had an affair with Mr. Trump. Regarding the impact of the domestic violence allegation against him, which he has denied, Mr. Avenatti said, “I don’t think that any of it is disqualifying, but it depends on how it plays out.”

The crowded Democratic primary contest will offer the highest-profile test yet of whether the Trump era’s reality show rules about controversy apply beyond the protagonist-in-chief. As more than three-dozen Democrats weigh running, the question now facing their campaigns is not whether they have baggage, but what problems are likely to stick.

The flood of money into politics after the Supreme Court’s 2010 ruling in the Citizens United case may mean that a pay-for-play scandal now must come with a far higher price tag to affect voters, for instance.

“Because people are so accustomed to money in politics, they just don’t think $10,000 buys a member of Congress,” says Steven D’Amico, a Democratic opposition researcher. “You need to be able to show they’ve taken millions, or at least hundreds of thousands.”

Last year, nearly a dozen high-profile members of Congress from both parties accused of sexual assault and harassment retired rather than face re-election in the #MeToo era. Their ranks included former Senator Al Franken, who resigned under pressure from his female colleagues after multiple reports of sexual misconduct.

Since Mr. Franken’s resignation last January, some Democratic donors have grumbled that the #MeToo movement went too far in his case, and blamed Senator Kirsten Gillibrand for forcing out Mr. Franken to further her own career. The divide over Mr. Franken’s decision within the party underscores the uncertainty around how significant the politics of #MeToo would be in the primary race. (Ms. Gillibrand is weighing a 2020 run.)

“It’s more unpredictable, what people latch on to,” said Mr. D’Amico, who ran opposition research on Mr. Trump for American Bridge 21st Century, a Democratic super PAC. “There’s going to be instances where some people in the base think breaking with them on one small issue means that candidate isn’t with them on everything.”

Perhaps no one recognizes the changed environment more than former politicians like Jeff Smith, a ex-Missouri state senator who served a year in jail for violating federal election law by approving — and later lying about — anonymous mailers that attacked his primary opponent in a 2004 congressional race.

“Sometimes I do find myself wishing I’d signed a false affidavit about a campaign postcard in 2018 rather than 2004,” said Mr. Smith, a Democrat. “It’s like a different world now.”

While some strategists argue that Mr. Trump’s election shows voters are craving authenticity, even when that means a record that includes some past mistakes, others argue the president has polarized the country so much that refusing to admit any missteps may be the best path to rally support.

“If Richard Nixon had Twitter and Fox News, would he ever have resigned?” said Kevin Madden, a Republican strategist who worked as for the former House majority leader Tom DeLay as a spokesman during Mr. DeLay’s indictment for illegal campaign donations. “I don’t think he would have, and I think he would have survived.”

During his recent Senate race in Texas, Representative Beto O’Rourke apologized for several years-old incidents, including writing demeaning commentary about women in a review for his university’s student newspaper and a 1998 arrest for drunken driving. Mr. O’Rourke, a Democrat who is now weighing a presidential bid, said he was “ashamed” of his comments and described the arrest as “serious mistake for which there is no excuse.” He used that incident, along with another, earlier arrest for jumping a fence, to issue a broad call for criminal justice reform in a Houston Chronicle/San Antonio Express-News op-ed piece.

In Ohio, Senator Sherrod Brown, another Democrat eyeing 2020, took a far different approach when Republicans seized on court records from his 1986 divorce, which included allegations that Mr. Brown “bullied” and shoved his ex-wife, Larke Recchie. A video posted on a site linked to a Republican political firm accused Mr. Brown of having his “own #MeToo moment from his past.” His opponent, Representative Jim Renacci, said he found the “well-documented history of domestic violence deeply troubling.”

Mr. Brown, Ms. Recchie and his current wife slammed Mr. Renacci for attacking their families, saying the issue was a private matter that had long been settled. “Disparaging my family for political gain is disgusting,” said Ms. Recchie, a supporter and fund-raiser for her ex-husband, in a statement.

Mr. Hunter and Mr. Collins also embraced the playbook of uncompromising defiance, echoing the president’s language by attacking the investigations into their personal finances as meritless, partisan “witch hunts” pursued by a politically driven Justice Department. Both Republicans won re-election by narrow margins for their deep red districts, an indication that the charges against them had some impact on voters. But in the end, it appeared that partisanship beat out possible corruption.

“Party supersedes everything else,” said Geoff Garin, a Democratic pollster who worked for Hillary Clinton’s campaign in 2008 and a super PAC supporting her bid eight years later. “The whole issue of truth has become a more elastic idea for voters.”