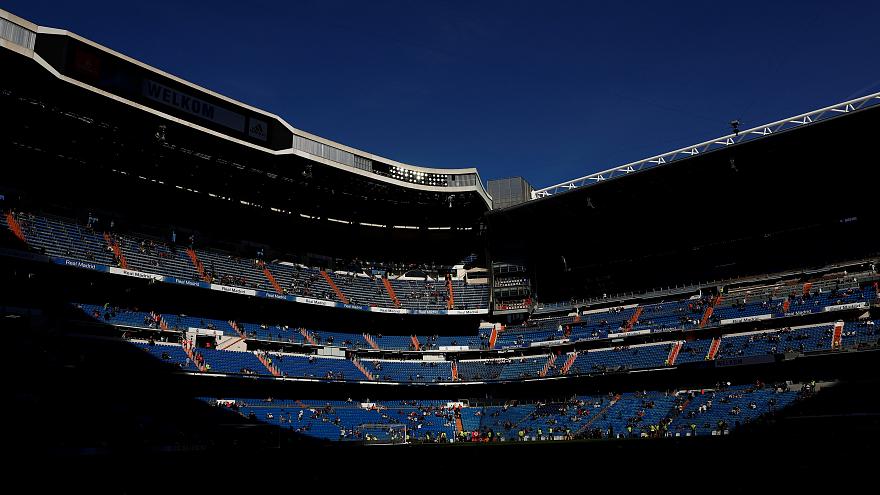 The Copa Libertadores final second leg between Argentine clubs River Plate and Boca Juniors is to be played in Madrid in December.

The South American Football Confederation (CONMEBOL) announced the move on Thursday, after the original clash scheduled to take place in Buenos Aires was postponed due to crowd violence.

Boca players were hurt when River supporters attacked their coach.

The match is now due to kick off at 2030 CET on Sunday December 9, at Real Madrid’s Santiago Bernabeu stadium. CONMEBOL’s president Alejandro Dominguez described the Spanish capital as one of the safest cities in the world.

Recurring fan violence has forced away supporters from being banned from both legs of the final of South America’s equivalent of the Champions League.

The first leg ended in a 2-2 draw at Boca’s ground in Buenos Aires. The second match was due to be played at River Plate’s stadium last Saturday. But first it was delayed and then postponed indefinitely after the crowd violence.

Earlier this week it was announced that the match would be played outside Argentina.

The move to play the game in Spain will allow the South American football authorities to avoid financial losses. However, it is controversial as the Copa Libertadores is named after the leaders of the South American wars of Independence against Spanish rule.

Equal playing field for women and men a priority for Oceania 7s. >>> vanuatunewsnetwork.com