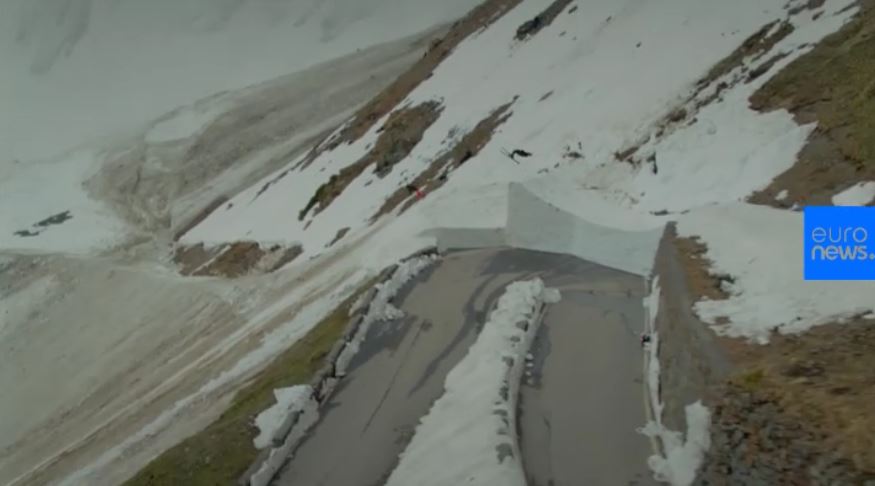 Germany’s Benedikt Mayr and Italy’s Markus Eder made use of slopes, rail slides and snowcat vehicles to jump over roads as they made the descent.

Starting from an altitude of 2,757 metres, Mayr and Eder descended 555 metres from the peak of Piz da las Trais Linguas (Peak of the Three Languages) in Italy’s Stilfser Joch National Park.

Organisers said it was the first time multiple roads have been crossed in a single freestyle slope run.