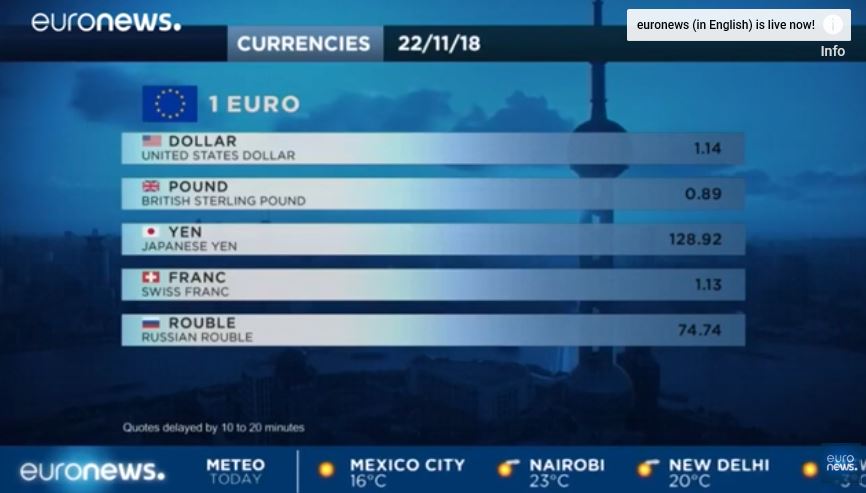 Posted By: Editorial Teamon: November 23, 2018In: ECONOMYNo Comments
Print Email
European shares resumed their downwards trend on Thursday, hit by some disappointing earning updates including from UK utility Centrica and a fall in Italian banks on continued uncertainty over the outlook for the country’s finances.

At 0818 GMT, STOXX 600 fell 0.5 percent, with most sectors trading in the red following broad-based gains in the previous session that helped the pan-European index bounce from near two-year lows.

On Thursday, Centrica fell 8.7 percent to lead losers on the STOXX 600 after its trading update. Analysts at Jefferies said even though the company affirmed some its debt and dividend targets for the year, its earnings per share guidance was 10 percent below consensus.

Rotork was another big faller in Europe, down 7.1 percent, following a 4 percent drop in its order intake.

Italian banks fell 1.9 percent after Deputy Prime Minister Matteo Salvini said the government would not backtrack on the budget law following a rejection by the EU Commission. Banco BPM was the second-biggest faller in Milan, down 2 percent.

Bearish bets on a number of Italian banks have increased over the past weeks, reflecting their dim profit outlook and worries over the euro zone’s third-largest economy.