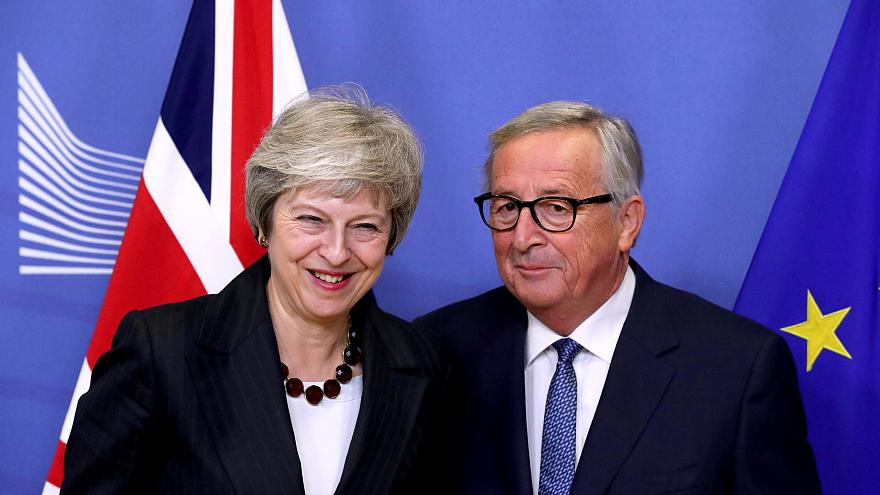 The draft declaration will be passed on to national envoys on Thursday. On Sunday, they will vote on whether or not they approve it.

The text was discussed on Wednesday by British Prime Minister Theresa May and the European Commission President Jean-Claude Juncker.

What are the key points in the 26-page document?

:: “The parties recall their determination to replace the backstop solution on Northern Ireland by a subsequent agreement that establishes alternative arrangements for ensuring the absence of a hard border on the island of Ireland on a permanent footing.”

:: “Such facilitative arrangements and technologies will also be considered in developing any alternative arrangements for ensuring the absence of a hard border on the island of Ireland on a permanent footing.”

:: “The parties agree to develop an ambitious, wide-ranging and balanced economic partnership. This partnership will be comprehensive, encompassing a free trade area as well as wider sectoral cooperation where it is in the mutual interest of both parties…”

:: “The parties envisage having a trading relationship on goods that is as close as possible, with a view to facilitating the ease of legitimate trade.”

:: “Noting that the UK has decided that the principle of free movement of persons between the Union and the UK will no longer apply, the Parties should establish mobility arrangements…”

:: The Parties agree to consider conditions for entry and stay for purposes such as research, study, training and youth exchanges.

What does it all mean?

Euronews spoke to Open Europe’s director, Henry Newman, for his take on these key points.

He said: “This political declaration sets out a default position of a Canada-plus agreement with the EU, with the possibility of a closer arrangement if both sides can agree on regulatory alignment and level playing field issues. In effect the choice is between Canada-plus and Chequers-minus – the economic aspects of the Government’s Chequers policy are not on the table.

“The Government failed to secure a commitment to ‘frictionless’ trade in goods, but this may actually please Eurosceptics as it reflects that the UK will leave the Single Market and regain an independent trade policy, as well as ending free movement.

“On Northern Ireland there is an explicit acknowledgement that technology and facilitation could ultimately address the border issue, although the solution is deferred to the next phase of the negotiations. The UK has also won an important victory with the acknowledgement that a future agreement on fishing will be separate from the overall trade agreement, albeit agreed within the same context.

“Overall this is a non-binding declaration which sets the direction of travel for the next phase of the relationship. After the UK leaves the EU, the process of negotiating our future relationship can begin – the challenge then will be to ensure that the kind of future relationship envisioned is on offer to the entire United Kingdom, including Northern Ireland, and so the backstop can be replaced,” he added.