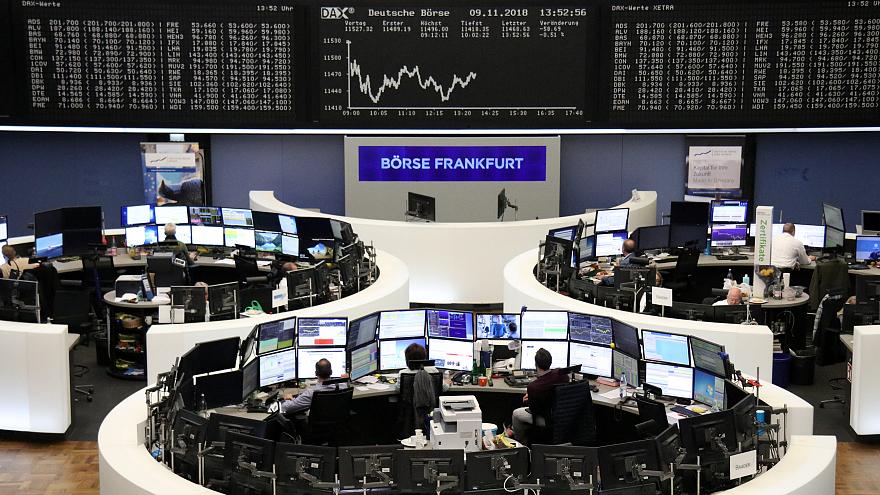 European shares marched higher on Thursday as oil prices stabilised and mining stocks rallied on hopes that China and the United States may reach a rapprochement to end their long-running trade spat, offsetting bad news in the tech sector.

The pan-European STOXX 600 index <.STOXX> was up 0.2 percent by 0844 GMT, with German, French and Spanish bourses rising more than 0.4 percent. Britain’s FTSE 100 <.FTSE> was outperforming its euro zone peers as the pound fell 0.3 percent.

Sentiment was boosted after China delivered a written response to U.S. demands for wide-ranging trade reforms ahead of an expected meeting between Chinese President Xi Jinping and his counterpart Donald Trump later this month.

Basic materials stocks <.SXPP>, some of the main beneficiaries of easing tensions between the world’s two largest economies, led the pack with a 1.1 percent rise, also buoyed by higher copper and industrial metals prices and a weaker U.S. dollar.

Autos <.SXAP> hit the skids, down 1.4 percent after the Chinese government doused hopes that Beijing was preparing to cut auto purchases taxes in a bid to shore up demand and boost the world’s second-largest economy.

Daimler was at the bottom of the DAX, also knocked by a Citi downgrade.