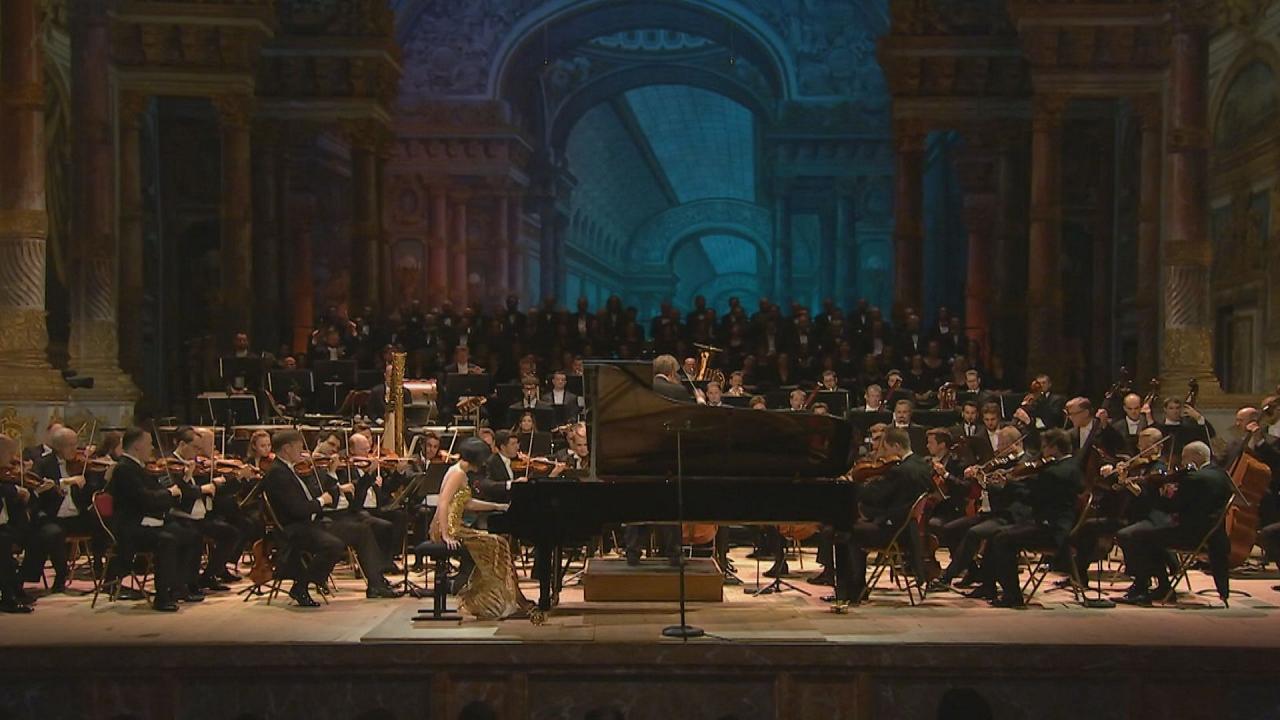 The world famous Vienna Philharmonic Orchestra commemorated the 100th anniversary of the end of the Great War with a symbolic “Concert for Peace” during a memorable performance at the Royal Opera House at the Palace of Versailles.

Maestro Franz Welser-Möst conceived the programme, a musical journey with devastation, hope and contemplation. The conductor said: “I think these days of commemoration are there to pause for a moment and think about what happened. How have we evolved over the past 100 years.

“When I chose the pieces, they were important to me. At the beginning we have this belief and this vision of humanism, followed by the horror of the war and the question of what do we do afterwards?” the conductor added.

While the war raged, Gustav Holst composed an orchestral suite including “Mars, the Bringer of War”.

“This piece has something intensely threatening about it. You think you can hear a whole army beginning to march,” said Welser-Möst.

The First World War showed no mercy to artists. Many died or returned injured like the Austrian pianist Paul Wittgenstein. He lost his right arm on the battlefield. Maurice Ravel composed a concerto for him – marvellously interpreted by the charismatic pianist Yuja Wang.

“The way he has written it, it’s like he’s had three hands or four hands in his head I mean there’s a top melody and then, this in the middle, and it’s like the most beautiful harmonies there and so much intricacies and the instrumentation, he’s using, the colours he’s creating. And you know it has a groovy, wild side,” Wang said.

“I think I just enjoy this kind of mysterious power inside, coming from you know like three motives and he is just constantly transforming them… and this power is probably coming from all the catastrophe from the end of the war. And I like that dark power,” she says.

The concert ended with Charles Ives’ “The unanswered question”, a final meditation.

“It’s a work that deals with the question – where has the vision of humanism gone? And that is still unresolved,” Welser-Möst said.

The Online Publishers ‘TOP Platform‘ is a pioneer in online lobbying and international campaign services.