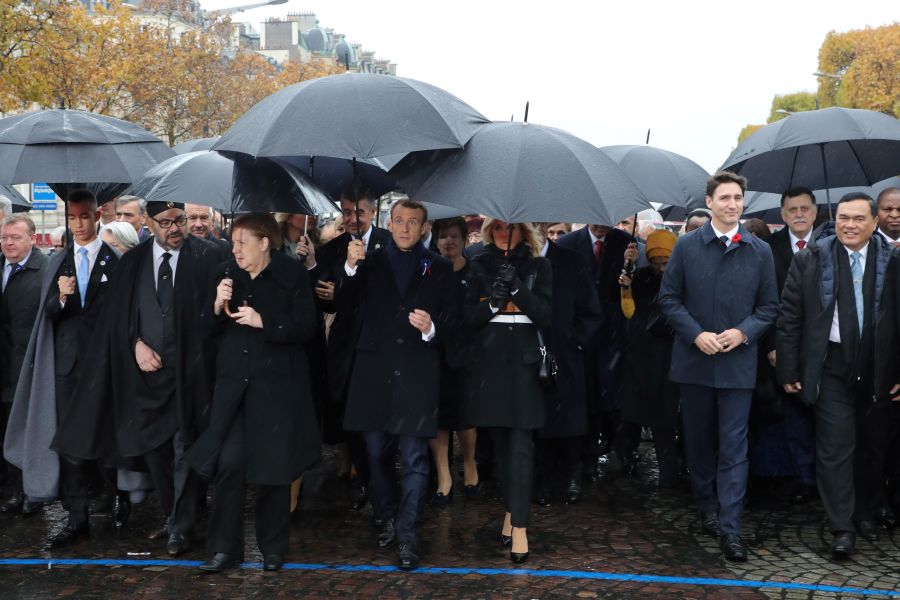 French President Emmanuel Macron has welcomed leaders from across the globe for a ceremony in Paris marking 100 years since the end of World War I.

Leaders including German Chancellor Angela Merkel and French President Emmanuel Macron convened at the Élysée Palace before traveling together in motor coaches to the Arc de Triomphe. They walked in a large group to the event site.

Trump arrived in his own vehicle and walked in separately. White House press secretary Sarah Huckabee Sanders said Trump’s separate arrival was, “due to security protocols the President arrived separately.”

French President Emmanuel Macron, addressing world leaders before 11 a.m., the hour 100 years when the guns on both sides fell silent after a war in which more than 8 million died, spoke of building “our hopes rather than playing our fears against each other.”

Macron added that “the traces of that war have not faded from French soil,” or from “our memories around the world.”

Macron also spoke of “universal values” in a multi-layered speech that stressed the importance of nations working together.

He said the vision of France as a generous nation and a “bearer of universal values” is the “very opposite of nationalism” which only looks after itself.

“Nationalism is a betrayal of patriotism,” said Macron. “By saying our interests first, who cares about the others, we erase what a nation holds dearest, what gives it life, what makes it great, and what makes it essential: its moral values.”