Latest Articles
Home NEWS At least 15 people have died after a truck lost control and ploughed into cars at a toll booth in northwest China. 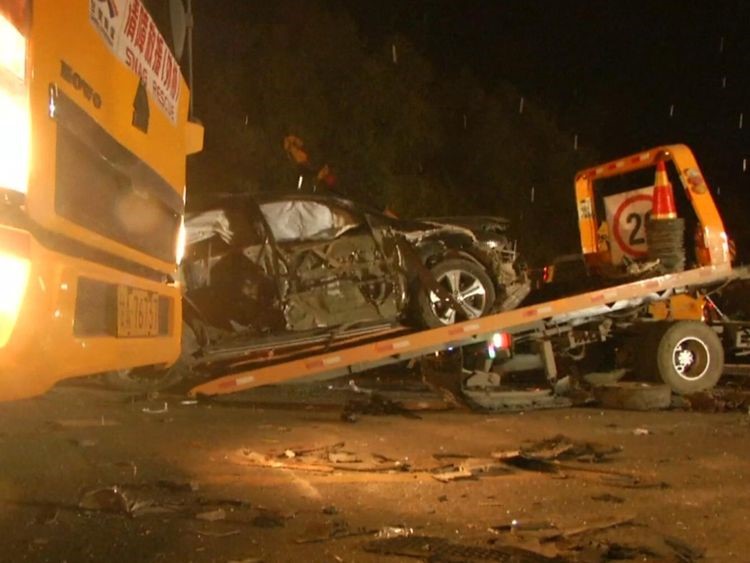 At least 15 people have died after a truck lost control and ploughed into cars at a toll booth in northwest China.

The driver of the articulated truck lost control on a downhill stretch of motorway in the city of Lanzhou and crashed into the line of 31 vehicles.

As well as those killed, authorities said 44 people were hurt including 10 who suffered serious injuries.

The truck driver is being investigated by police.

Media reports say it was the first time the driver had driven on the stretch of road.

Fatal road accidents are common in China where traffic regulations are often flouted or not enforced.

Last week a scuffle between a bus driver and a passenger caused a bus to plunge from a bridge into a river in southwest China, killing all 15 people on board.

Official statistics show that 58,000 people were killed in accidents across the country in 2015 alone

Drivers flouting traffic laws were blamed for almost 90% of accidents that caused deaths or injuries that year.