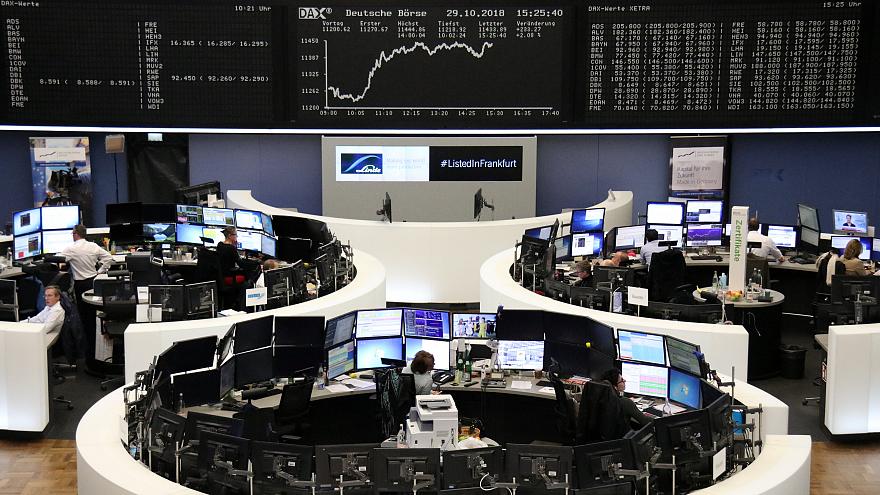 European shares rose timidly on Tuesday, their second day of gains as earnings from BP and Volkswagen impressed investors and boosted oil and autos stocks.

U.S. stocks were hit by a report the United States plans to impose tariffs on all Chinese imports if no progress is made at talks between President Donald Trump and Xi Jinping.

But risk appetite came back slightly in Asian and early European trading after Trump said he expects a “great deal” with China and Beijing made a fresh attempt to stabilise the country’s stock markets.

Strong earnings from BP and Volkswagen helped cement the gains. Trading was still laced with anxiety, though, after the past fortnight saw heavy losses across stock markets leaving the pan-European STOXX 600 near a 22-month low.

A beneficiary of higher crude costs, BP jumped 4.3 percent after the oil major’s profits soared to a five-year high.

Volkswagen topped the DAX with a 4.6 percent gain after the carmaker’s profit topped forecasts – bucking the trend in the autos sector hurt by slower car sales and more stringent anti-emissions regulations.

Geberit shares were the worst-performing, falling 9.1 percent after the Swiss plumbing supplies provider cut its sales outlook and said it was more cautious about the building industry.

Lufthansa shares tumbled 5.1 percent after the German airline missed profit estimates for the third quarter and said it would raise its number of flights more modestly than peers this season.

BNP Paribas shares were bottom of the CAC 40, down 3.5 percent after France’s biggest-listed bank reported weaker-than-expected third-quarter revenues, blaming its corporate and investment banking arm and its European retail banks.

‘True influence is about leveraging authenticity’ – get in touch with TOP influencers.