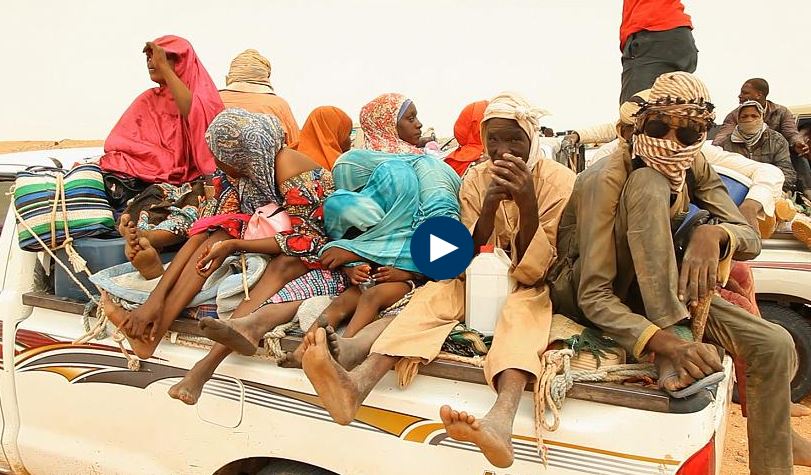 In this edition of Insiders, we go to Niger, Africa’s gateway to Europe. Each year at least 100,000 migrants from Niger and neighboring Sub-Saharan countries used to travel from there to Libya in the hope of making it to Europe.

Used to, because Niger is now acting as Europe’s migration cop. The idea is simple: enroll the police and military to stop migrants from leaving Niger. Pick out those lucky few eligible for asylum in Europe and hold them in halfway houses until further resettlement. In exchange for its effort at curbing illegal migration, Niger, one the world’s poorest countries, gets EU funding, including money to help smugglers find new legal jobs.

But is it working? It depends for whom. For Europe, surely. The number of migrants transiting through Niger has drastically plummeted. For Niger less so. According to what our reporter found on the ground. Europe’s money is not reaching enough people and can’t offset the losses incurred by an economy largely dependent on the migration business. Former smugglers, transporters and other people linked to that business are now unemployed and unable to feed their families in one of the world’s poorest countries.

As a result, illegal migration continues — albeit at a much lower pace– but has become more dangerous as smugglers now take roads off the beaten track to avoid police and the military.

Separately, thousands of Sub-Saharan migrants who tried their luck in Libya and fell victim to all kinds of abuse are now returning home and transiting through Niger. Some 300,000 people, migrants, refugees and returnees, including children, are now stuck in limbo, in Niger.

Can poverty-stricken Niger get out of this quagmire? We find out in our exclusive Insiders’ report by Valerie Gauriat.

Later in the show, Insiders’ presenter and producer Sophie Claudet talks to Valerie Gauriat now back from Niger. They discuss the shortcomings of Europe’s migration policy. Brussels says it wants to invest in African countries to address the root causes of migration: poverty and unemployment but mostly ends up funding programs that beef up security and the reinforcement of its external borders under the pressure of EU member states.

They also discuss how the ban on illegal migration is affecting Niger’s economy and what it means for the country’s impoverished youths, some of whom are now tempted to join the ranks of drug, arms and human traffickers.