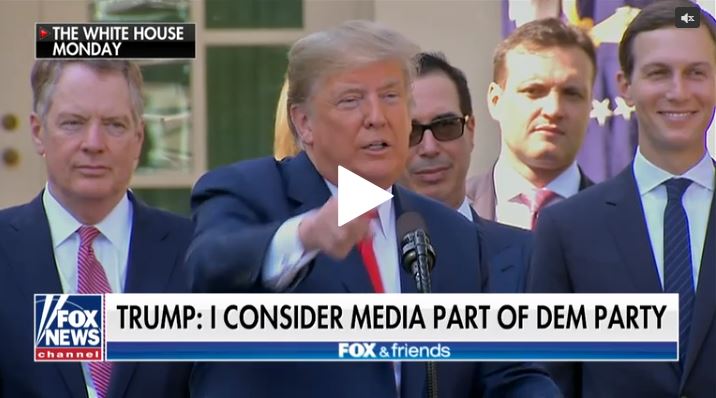 President Trump received at least $413 million in today’s money from his father’s New York real estate business, with much of the money coming through questionable tax schemes in the 1990s, the New York Times reported on Tuesday.

The president declined the New York Times request for comment, but a lawyer representing Trump, Charles J. Harder, provided a statement to Fox News on Tuesday that blasted the paper’s reporting as “highly defamatory” and “extremely inaccurate.”

According to confidential tax returns and financial records obtained by the newspaper, Trump and his siblings set up a phony corporation in an effort to disguise millions of dollars in gifts from their parents. Records examined by the Times also indicate that Trump helped his father take millions of dollar in improper tax deductions and formulated a strategy to undervalue his parents’ real estate holdings in order to reduce the tax bill when the properties were transferred.

In total, Trump’s parents, Fred and Mary Trump, transferred over $1 billion to their children. The money would have created tax bill of at least $550 million given the 55 percent tax rate then imposed on gifts and inheritances, but the family only paid $52.2 million, tax records indicate.

“The New York Times’ allegations of fraud and tax evasion are 100 percent false, and highly defamatory,” Harder said. “There was no fraud or tax evasion by anyone. The facts upon which the Times bases its false allegations are extremely inaccurate.”

He added: “Should the Times state or imply that President Trump participated in fraud, tax evasion, or any other crime, it will be exposing itself to substantial liability and damages for defamation.”

In a statement to the New York Times, Trump’s brother, Robert, also denied any wrongdoing.

“All appropriate gift and estate tax returns were filed, and the required taxes were paid,” the president’s brother noted. “Our family has no other comment on these matters that happened some 20 years ago, and would appreciate your respecting the privacy of our deceased parents, may God rest their souls.”

The New York Times report comes only days after some Democratic lawmakers in the House announced plans to make the president’s much-guarded tax returns public if they gain control of the lower chamber in November’s midterms.

“Probably the approach would be to get all of it, review it and, depending on what that shows, release all or part of it,” Rep. Lloyd Doggett, D-Texas, told Politico.

A 1924 law states that the Treasury Department “shall” turn over “any return or return information” requested by the chairs of the tax committees or the head of Congress’ nonpartisan Joint Committee on Taxation. The law was implemented amid widespread concerns over corruption and conflicts of interest by then-Treasury Secretary Andrew Mellon’s business interests.

During Trump’s campaign for the Oval Office, the then-candidate faced a swath of criticism for not releasing copies of his tax returns. The former businessman refrained from making his filings public, saying they were under audit by the Internal Revenue Service (IRS), and said he’d release them once the review was complete.

Even after winning the White House, Trump continued to face pressure to release his returns, including from protesters across the nation on Tax Day in 2017.