Latest Articles
Home POLITICS It might be the right time for Peace Treaty between Japan and Russia, at least that’s what Putin is suggesting. 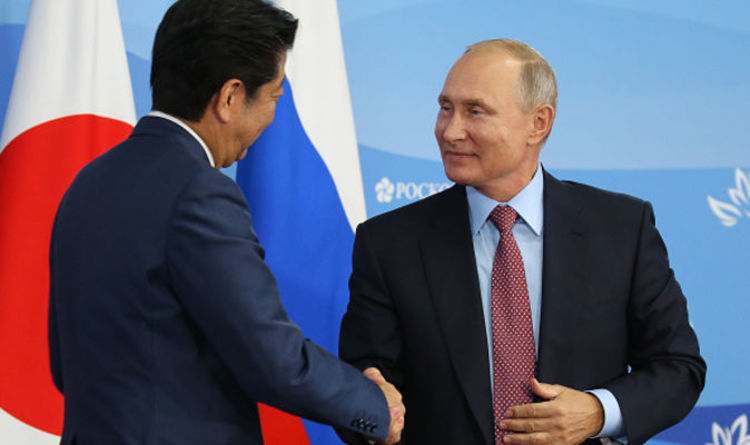 It might be the right time for Peace Treaty between Japan and Russia, at least that’s what Putin is suggesting.

This might be the year where Russia and Japan finally have peace after more than 70 years of no official peace treaty, or not.

Russia’s President Vladimir Putin suggested, on September 12 at the Eastern Economic Forum (EEF) at Vladivostok, to his counterpart Japan’s Prime Minister Shinzo of a non preconditioned peace deal. “An idea has just come into my head. Let’s conclude a peace treaty before the end of this year, without any preconditions.” Putin said to Abe. “We have been negotiating for seventy years. Shinzo said that we should change approaches. So I have an idea – let’s conclude a peace treaty — not now, but until the end of the year — without any preconditions,”

This statement, which was a response to Abe who said “Over the long stretch of more than 70 years since the end of World War II, Japan and Russia have yet to conclude a peace treaty between them. Both (President Vladimir) Putin and I agreed this is an abnormal state of affairs, ”got the Japanese prime minister of guard and did not answer or even talk about the proposition that Putin gave.

Of course later on the Japanese foreign ministry answered by declaring that no negotiations of peace will occur before resolving the Kuril islands issue. “The Japanese government is aware of the mentioned Putin’s statement. We refrain from commenting on President Putin’s public statements. But there are no any changes in the Japanese government’s [commitment] to persist in negotiating the peace treaty in compliance with [the government’s official position] following resolution of the issue of the attribution of the four northern islands [four South Kuril Islands: Iturup, Kunashir, Shikotan and Habomai],” said the Japanese foreign ministry representative.

This ongoing conflict goes all the way back to the end of world war II. The USSR invaded the islands after declaring war at the Japanese empire back then per agreement with the allies at the Yalta agreement. This declaration kept on going until 1956 when the two countries decided to put their differences behind and made a joint deceleration to negotiate a peace treaty. The disputed island hindered a total and official peace deal between both of them as neither accepted to back down on their claims for these territories.

These disputes over the islands dragged and hindered the possibility to reach a peace accord and no sign of progress until today. Maybe there is a bit of hope and final a formal peace treaty might occur at the end of this year. Putin said that this treaty will allow the two countries to resolve their dispute as friends. At the end Russakoff might have to consider giving up its claim on the territories as Japan might be an invaluable ally especially against the fast growing People’s Republic of China.

The Online Publishers, a unique digital market for online services. The Online publishers offers services from content creation and placement to digital marketing and brand awareness. Discover our services here.