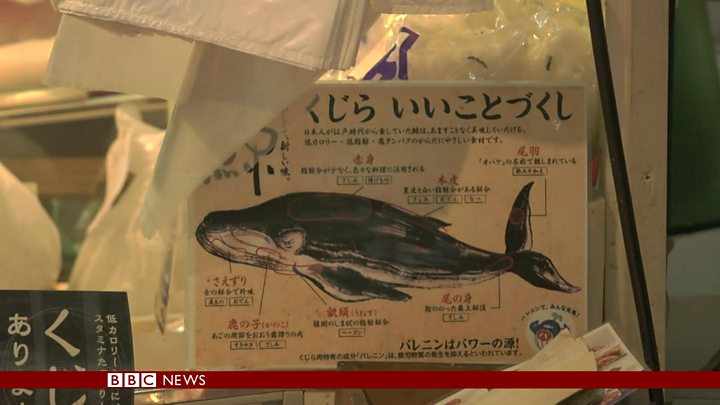 Whaling since the seventh century was an integral part of the Japanese society. They relied heavily on this practice for food, oil and parts for different uses. Legends tell that whale meat was part of the first Emperor of Japan essential diet.

When the Norwegian technique of whaling was introduced in Japan late in the nineteenth century and early twentieth century where guns where placed on a power-driven boat was opposed by the Japanese fishermen because it was indiscriminate because, beside the fact that early Japanese considered whales to be deities and were worshiped, opposite to Americans who considered whaling was only for oil extraction for industrial application, the Japanese considered to be full of resources as in their famous proverb, “There’s nothing to throw away from a whale except its voice.”

By the twelfth century whaling in a large scale, even though it started in the ninth, was rooted in the Japanese culture. After World World II, with postwar food shortage, whale meat became an essential part of the Japanese diets where 50% of protein came from. It has been considered for centuries part of history and culture but things have changed and became different since the 1982 ban.

Japanese whaling was essential for their survivors and whales were considered their essential diet. Killing whales went out of control and more than 50,000 were killed annually. This is almost became uncontrollable slaughter that almost made some whale species to go instinct. Whales have a very essential role in the marine life eco-system and it was impermissible to let them disappear from the oceans, their natural habitat.

This ban is still in effect, even if Japan did not honor it. So why all of the sudden the political elites of the country wants to resume their whaling activities. In a recent article in CNN under the headline, “Why Japan wants to restart commercial whaling?” is very skeptical on the intentions of the Japanese government under prime minister Abe.

This skepticism is not without a foundation while most young generation has no interest in consuming whale meats and therefore whaling is irrelevant and becoming “less and less popular”. In data collected from 2014 survey 4% said that they ate whale meat.

There are wide global movement that consider whales, a friendly specie, that we should conserve and not slaughter. They said that whaling is “outdated and uneconomic”. They are even advocating “responsible whale watching, rather than whale killing”

Is tradition more important than this beautiful sea creature. Is it enough that a second-generation owner of a Japanese restaurant in the Tokyo said that “Japan’s cultural connection with whaling goes back 4,000 years.” What is thousands of year compares to millions of whales that we have slaughters in this same period of time.

Japanese politicians in the next meeting of IWC that will be held in Brazil to push for this resumption but no concrete intentions on why. Time and only time could tell, but hopefully that will not be at the expense of the life of thousands of whales.

The Online publishers are the experts of press releases and online reputation building at very competitive prices.