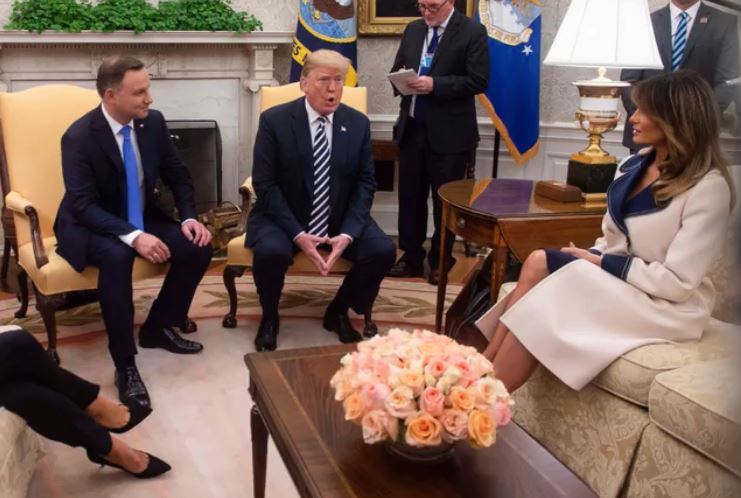 First lady Melania Trump welcoming Polish President Andrzej Duda and his wife to the White House while wearing a double-breasted white and navy Gucci coat with gold buttons that worth $3,980, on Tuesday — but she also left many style critics wondering why she wore a knee-length wool coat, as D.C. temperatures hovered around 80 degrees.

The Express described the 48-year-old FLOTUS’ outfit as “nautical” and chic, as she completed the look with navy pumps and a navy skirt, or perhaps a dress, underneath.

President Trump later responded to the controversy over FLOTUS’ Zara coat, claiming it “refers to the Fake News Media.”

“Melania has learned how dishonest they are, and she truly no longer cares!” Trump tweeted.