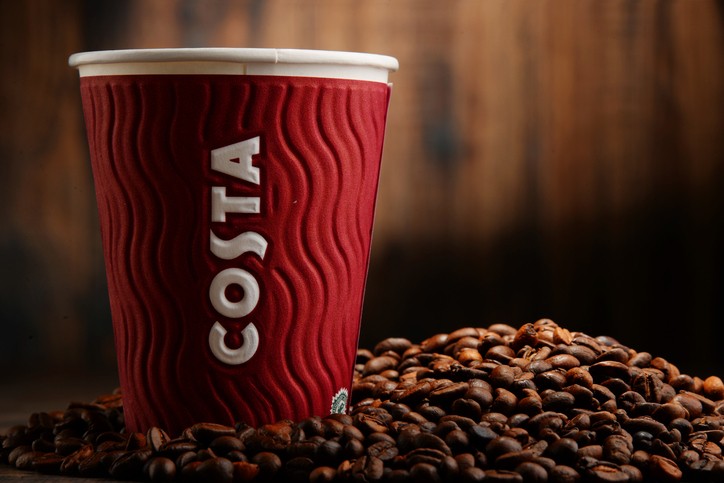 Coca-Cola is hoping for a caffeine-fueled boost. 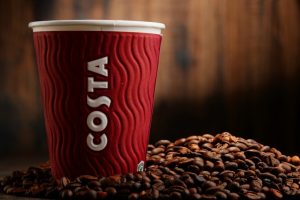 The company said Friday it will buy the Costa coffee brand from British firm Whitbread for 3.9 billion pounds ($5.1 billion) in cash. Costa is Britain’s biggest coffee company, with over 2,400 coffee shops in the U.K. and another 1,400 in more than 30 international markets.

The deal, expected to complete in the first half of 2019, plugs a big hole in Coca-Cola’s portfolio, giving it a presence in one of the few beverage markets it doesn’t currently contend in. It could potentially provide stiff competition to the likes of Starbucks.

“Hot beverages is one of the few remaining segments of the total beverage landscape where Coca-Cola does not have a global brand,” said James Quincey, Coca-Cola President & CEO.

In the year to March, Costa made an operating profit of 123 million pounds on sales of 1.29 billion.

The deal represents a big return to Whitbread, which bought Costa in 1995 for 19 million pounds. Since then, Costa has grown from just 39 shops.

In recent years, Whitbread has invested heavily in Costa’s expansion overseas, but had been looking to siphon off the business to generate funds for the expansion and for its other business, the budget hotel chain Premier Inn.

Then Coca-Cola got in touch with what Whitbread said was a “highly compelling” offer. The Whitbread board unanimously backed the deal.

“This transaction is great news for shareholders as it recognizes the strategic value we have developed in the Costa brand and its international growth potential and accelerates the realization of value for shareholders in cash,” said Alison Brittain, Whitbread’s chief executive.

Whitbread will use a “significant majority” of the net cash proceeds — around 3.8 billion pounds after taking into account such things as transaction costs — returning cash to shareholders. Some will be used to pay down debt and to make a contribution to the pension fund.

Doing so, Whitbread said, would “provide headroom” to further expand the Premier Inn budget hotel chain in Britain and Germany.

Shareholders in Whitbread were impressed by the deal and the company’s share price soared 16 percent.

“An excellent deal it may be, but Whitbread investors may miss the caffeine highs Costa serves up,” said Nicholas Hyett, equity analyst at London-based stockbrokers Hargreaves Lansdown.

Hyett said Costa will get “lots of care and attention” from Coca-Cola.

“Its global reach should turbo-charge growth in the years to come, and hot drinks are one of the few areas of the wider beverages sector where the soft drinks giant doesn’t have a killer brand,” he added.